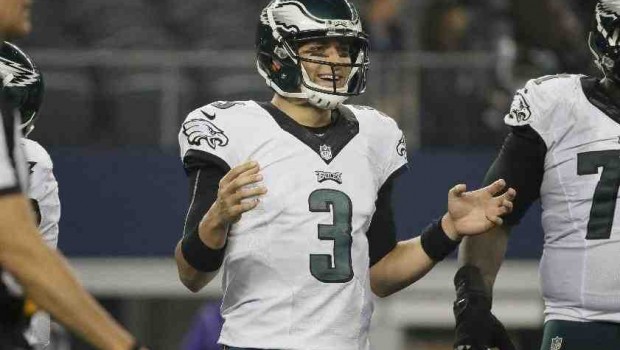 ZONE READ THIS — EAGLES’ SANCHEZ MADE FOOLS OF THE COWBOYS

In Mark Sanchez’s first three starts this season, the Eagles ran six zone-read rushes for 34 yards, including none in Week 12.

But on Thursday, the Eagles had 21 zone-read rushes for 135 yards and two touchdowns.

The strong running attack helped Sanchez on play-action plays. Sanchez was 6-of-9 for 61 yards and threw his only touchdown off play-action fakes, and he didn’t even attempt a non-play-action pass in the second half.

Play action has been vital for Sanchez. The only quarterback this season with a worse touchdown-interception differential on non-play-action passes than Sanchez (-3) is Blake Bortles (-6).