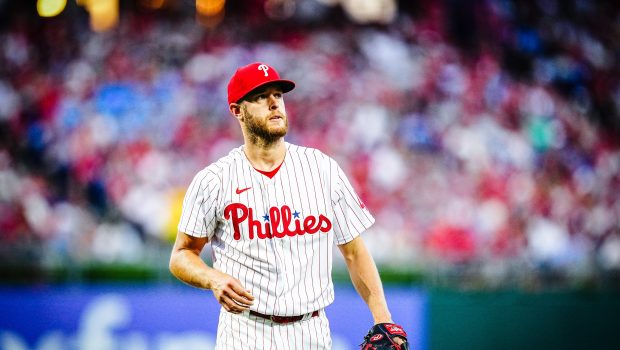 WHEELER DEALS PHILS TO 3RD STRAIGHT, 4 1/2 OUT OF WILD CARD!

The Mets beat the Dodgers last night and lead the Phils by 11 in NL East, but Philly is just 4 1/2 games out of the last Wild Card playoff spot with 109 games to play.

Zack Wheeler struck out nine over six innings and Johan Camargo had four RBI as the Phillies sent the Angels to their 10th straight defeat, 7-2.

He gave up two runs and six hits and was just the latest starter to stymie the Angels. Three relievers kept Los Angeles in check with one shutout inning apiece.

The Phillies won 10-0 a night earlier in interim manager Rob Thomson’s debut and kept mashing with five runs in the first inning. J.T. Realmuto ripped a two-run, bases-loaded double to left field and Camargo slashed a two-RBI single to right. Mickey Moniak’s RBI infield single off Angels starter Michael Lorenzen (5-3) made it 5-0 — and 15 runs over the first full nine innings of Thomson’s tenure.

Thomson said he received about 350 text messages after his first win since he was promoted from bench coach after Joe Girardi was fired.

“I’m still preparing certain things that I need during the game, but there’s less of that and it’s more about being with the players, communicating with them,” Thomson said.

Camargo added a two-run single in the eighth. Realmuto doubled a career-high three times and the Phillies won their third straight game.

Lorenzen settled down and struck out a career-high nine over 5 2/3 innings. He walked four batters in the first inning.

But it was yet another numbing loss for the Angels, who are on their worst losing streak since they dropped 11 straight from Aug. 4-15, 2016. Five straight losses have come on the current road trip that started against the Yankees.

“We’re just not hitting,” Angels manager Joe Maddon said. “We can’t cover any of our mistakes. You have to be able to cover a bad lie every once in a while. We’re not able to do that right now.”

The Angels have lost 14 of 17 games overall and played nothing like the team that started 24-13 and was tied for first in the AL West on May 15. The Angels have scored only four runs over the last four games. It could get worse: Los Angeles wraps the three-game series Sunday and returns home to play the Red Sox and NL East-best New York Mets.