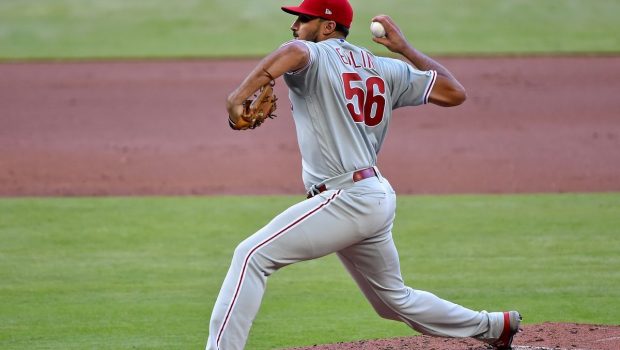 ZACH EFLIN CLOSES IT OUT AGAIN: HAS HE FOUND NICHE IN PHILS PEN?

Zach Eflin closed out the Cardinals, working a scoreless ninth inning to preserve a two-run lead and send the Phillies to the NLDS.

The right-hander has excelled in a bullpen role since returning from the injured list in late September and Saturday was no exception.

He allowed a pair of two-out singles to Corey Dickerson and Yadier Molina, but he was able to retire Tommy Edman on a foul pop to third base to end it.

He’s expected to continue to operate in this newfound role for the duration of the postseason.