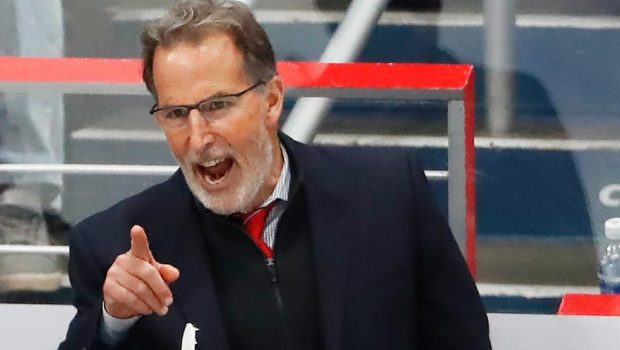 Flyers coach John Tortorella cut short his presser after yet another loss.

Miles Wood added two assists for the Devils, who are a win away from tying the NHL record for consecutive road victories. New Jersey lost its first road game of the season, at the Flyers on Oct. 13, and hasn’t dropped one away from home since. The Devils’ next road game is Dec. 12 at the Rangers.

Travis Konecny and Lukas Sedlak scored for the Flyers, who have lost 12 of 13.

“I don’t think we had many lapses tonight,” Tortorella said.

Tortorella got testy with a second question about whether he liked the team’s effort. He tersely responded, “Yes. You’re asking me dumb questions.” Then, he left the interview room.

Philadelphia continued to play a strong all-around game throughout the second period and entered the third outshooting the Devils 24-12. But scoring continued to be a problem for the Flyers, who are a minus-23 in goal differential.