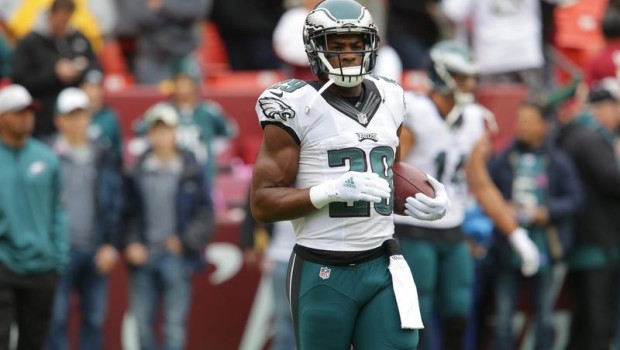 YO CHIP, WHY DID EAGLES SIGN DEMARCO IF YOU WON’T USE HIM?!

The 800-pound gorilla in the room, the obvious question that all Eagles fans want answered is:

Yo, Chip Kelly, why did you sign DeMarco Murray, the NFL’s leading rusher in 2014, if he is going to be nothing more than window dressing on the Eagles’ underachieving offense?

There’s been a fascination with so much of what Kelly has done since arriving in the NFL from Oregon. Now that the last-place Eagles are 1-3 and Murray is not hiding his unhappiness, the attention will only grow.

From getting rid of playmakers DeSean Jackson, LeSean McCoy and Jeremy Maclin, to swapping Nick Foles for Sam Bradford, to the short-lived Tim Tebow experiment, to the expensive addition of Murray – and plenty more, on and off the field – Kelly draws scrutiny on a regular basis. Things are not looking good so far this season.

Take away a 30-yard gain in the Birds’ 23-20 loss to Washington on Sunday, and Murray gained 6 yards on seven carries. Even with that long run, he is responsible for a grand total of 47 yards on 29 carries in three games since joining the Eagles.

Asked if he’s getting the ball enough, Murray replied: ”No, I’m not. I don’t think I am. But it’s how the plays are being called. I love this offense, I love playing with these guys. It’s just how it is.”

Kelly did not offer a whole lot of insight into why things went wrong Sunday or have been going wrong in general in 2015, other than to repeat several versions of, ”We are not executing.”

When a reporter brought up that his team has dug itself an early hole by winning only one game so far, Kelly said: ”I’m not concerned by that.”