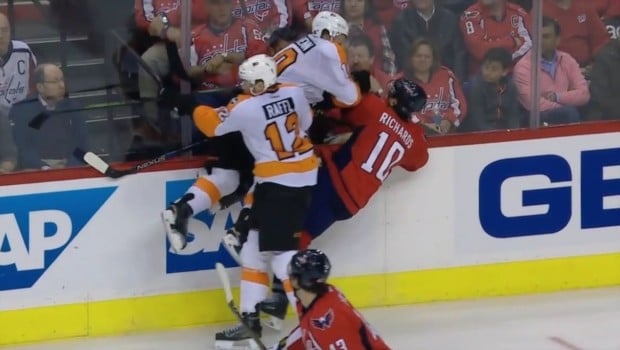 If you think the Philly media are butt boys for the Flyers — and they surely are! — read this from Thom Loverro of the Washington Times:

If the Capitals have to come back to play a Game 7 here, the only humane thing to do is to close the building — no one gets in. Black it out on television as well. Just announce the score when it’s over.

If they were giving away bracelets at Verizon Center on Friday like they did in Philadelphia two days earlier, Capitals fans wouldn’t have been throwing them on the ice like Flyers fans did.

They would have been finding ways to wrap them around their necks.

The Capitals are opening the door to yet a brand new version of their traditional postseason collapse.

They are reaching into new depths of pain