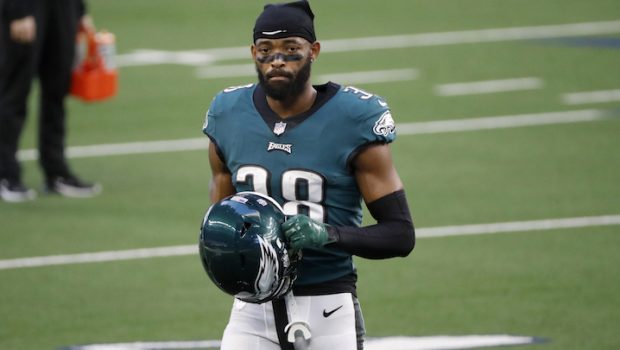 YES, THE EAGLES SUCKED — CB MICHAEL JACQUET SUCKED THE MOST!

Everything went right for Dallas, with Andy Dalton throwing for 377 yards and three touchdowns, Ezekiel Elliott rushing for 105 yards and Michael Gallup, Amari Cooper and CeeDee Lamb all putting on a show against the Birds suck-ass secondary.

With Michael Jacquet covering Michael Gallup most of the game, Dalton completed six passes to Gallup for 121 yards and two touchdowns, all in the first half.

Then Amari Cooper burned Jacquet for a 69-yard catch-and-run midway through the third quarter.

Finally, defensive coordinator Jim Schwartz moved Jalen Mills from safety to corner and benched Jacquet, who allowed seven receptions for 182 yards to the receivers he “covered.”

One thought on “YES, THE EAGLES SUCKED — CB MICHAEL JACQUET SUCKED THE MOST!”