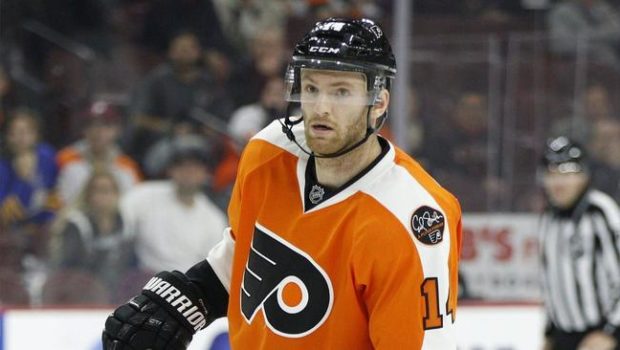 IS THIS THE YEAR THAT FLYERS’ COUTURIER UPS HIS OFFENSE?

The Flyers’ Sean Couturier prides himself on his shutdown game.

His defensive element came to surface in the 2012 playoffs when he frustrated Penguins superstar Evgeni Malkin, who was coming off a season that saw him pick up the Art Ross, Hart, and Ted Lindsay trophies. During that series, Couturier also recorded a hat trick.

Since that small stint of success, Couturier has never been able to develop his offensive side that was often raved about by scouts and analysts when he played in the QMJHL. There are many factors to take into account when you look at Couturier’s poor offensive output.

The biggest aspect to consider is his power play time. Couturier gets very little time on the man advantage, which obviously has a large influence on his point totals. In the last three seasons, here are the five best scorers on the Flyers and the percentage of their points at even strength.

In that same span, Couturier has racked up a total of…wait for it… 15 power play points, 54 less than the second lowest power play scorer in the top-5 listed above.

Now, is it possible that Couturier could surpass his career-high of 39 points if he had as much time on the power play as the others? Easily.

With Schenn now out of the picture, Couturier could overtake his spot on the power play and pump his numbers up, giving fans the breakout season they’ve been waiting for.