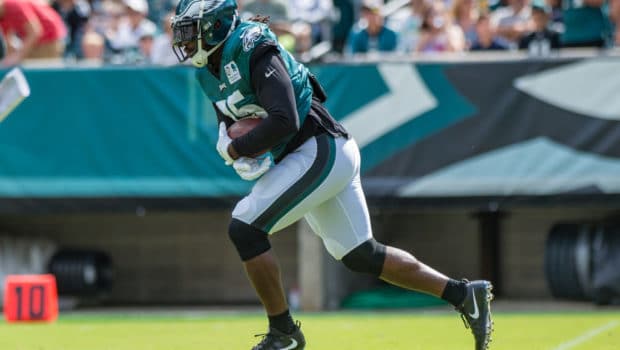 Leave it to Pro Football Focus to unearth nuggets that no one else does.

Here’s what they are reporting about Eagles’ workhorse back LeGarrette Blount:

On 11 touches Blount has shown ability to create extra yards, forcing four missed tackles and earning 3.78 yards after contact per carry. In the Eagles preseason game versus Green Bay, Blount played 13 snaps and earned a 43.8 overall grade and against the Bills, Blount played 17 snaps earning a 45.7 overall grade.

Last season Blount earned his worst grade since 2012 at 52.4 overall, despite having a career year in raw statistics. His grade ranked 50th out of 61 qualifying running backs. Blount ranked 29th in yards after contact per carry at 2.48.