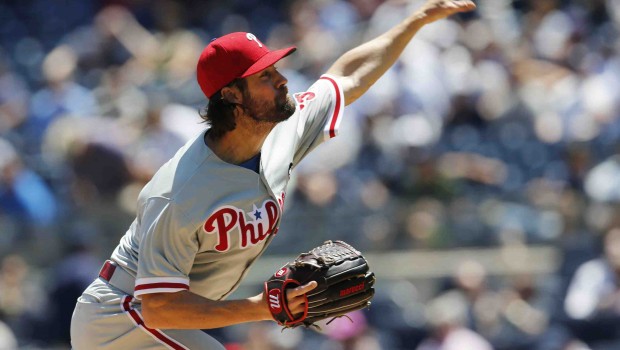 Ivan Nova stifled the Phillies on three hits over 6 2/3 scoreless innings in his first major league appearance in 14 months, leading the New York Yankees over the Phillies and Cole Hamels 10-2 Wednesday.

A 28-year-old right-hander, Nova returned to a big league mound for the first time since April 19, 2014. He had Tommy John surgery 10 days later and the Yankees, seeking to stabilize an erratic rotation, activated him after just three minor league rehab appearances.

With a fastball that reached 95 mph, Nova walked two and struck out one. He threw 51 of 92 pitches for strikes and retired 11 batters on flyouts, including eight to center fielder Brett Gardner.