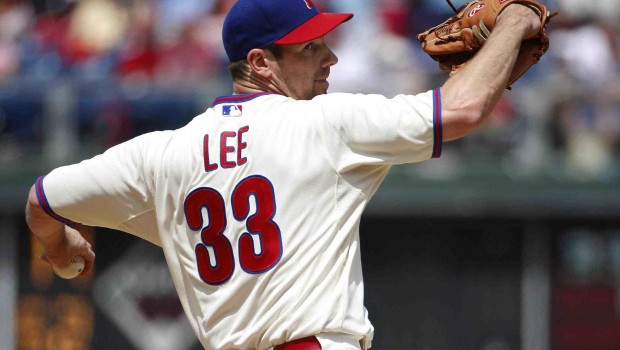 Nick Cafardo of the the Boston Globe is reporting that many in baseball believe the Yankees will target Phils’ ace Cliff Lee — who was placed on the 15-day disabled list yesterday — in order to upgrade their roster this season:

“Baseball executives think they’ll have their eyes on Lee if the Phillies fall out of the race. Of course, that’s a big if.

“The Yankees would have plenty of competition for Lee, perhaps even from the Red Sox, who have long coveted him, especially given his past relationship with John Farrell in the Cleveland organization. The Red Sox also have more to give than the Yankees in terms of prospects.”

The fact that the Yanks would have competition for Lee is no surprise. Any and every team in a pennant race is looking to improve its pitching. The problem there is that the Yanks don’t have the strongest farm system and it’s obvious a rebuilding team like the Phillies will be looking for plenty of prospects.

Owner Hal Steinbrenner has said he will spend to add pitching this summer, so putting Lee on the books is a realistic option. It doesn’t come without risk, though, as Lee has broken the 200-inning mark each of the past four seasons and seems like a lock to get his vesting option for 2016 at age 37.

Cafardo also points out the Yanks would be interested in Tampa Bay Rays starter David Price, but that the American League East rival isn’t likely to deal him to a division foe. While he’s a likely target also, doubts exist about Bronson Arroyo’s stuff translating well to Yankee Stadium.