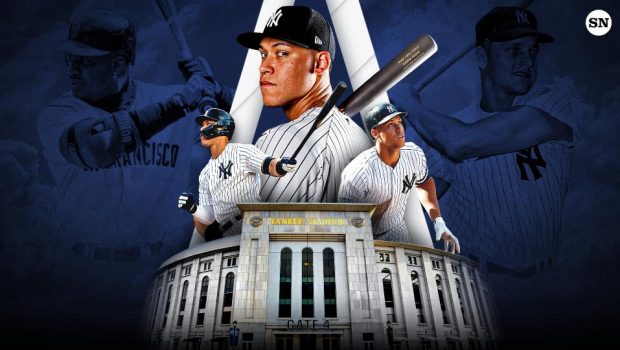 Aaron Judge smashed a two-run shot for home run No. 61 Wednesday in the Yankees’ win over the Blue Jays.

The historic homer came in the top of the seventh inning off of lefty reliever Tim Mayza and was a tiebreaking blast which helped propel the Yanks to a victory.

Judge is now tied with Roger Maris for the most home runs in American League history at 61. He’ll have seven more games to break the tie.