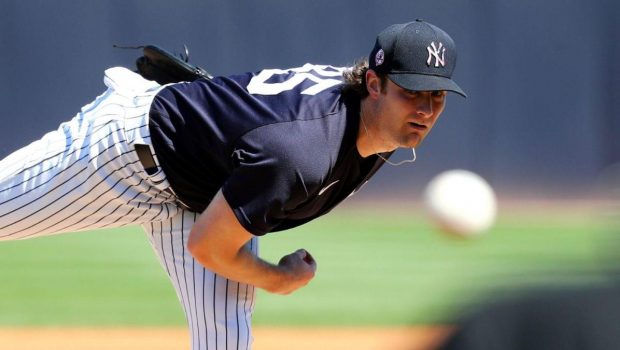 Yankees fans were excited when they signed pitcher Gerrit Cole to a nine-year, $324 million contract.

Then they saw what he died yesterday in spring training.

Cole gave up homers on consecutive pitches to Detroit’s Travis Demeritte and Miguel Cabrera in the first inning. Then Demeritte and Cabrera went deep against Cole on back-to-back pitches in the second.

“Probably pleased with most of the pitches, just got blistered on a handful of bad ones,” Cole said. “It’s not my favorite day of 2020 so far, but it is just spring training. You just take it for what it is, plain and simple, and we’ll learn from it and get better,”

Cole allowed six runs, six hits and one walk in two innings with three strikeouts. The 29-year-old right-hander threw 33 of 44 pitches for strikes.