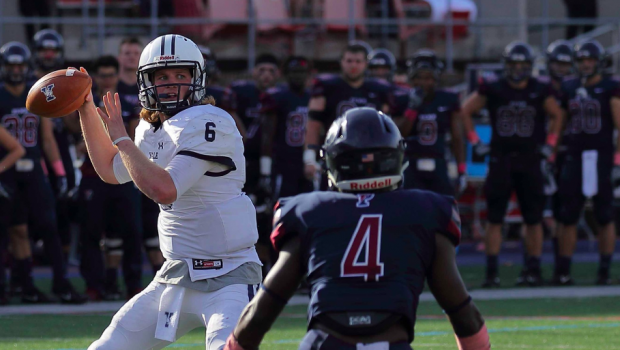 Penn lost to Yale last night at Franklin Field and probably put a cork in their Ivy League title hopes.

Lamar gained 47 yards on the first offensive play of the game, and Kurt Rawlings capped the drive with a 4-yard sneak. Lamar made it 15-3 with a 47-yard touchdown run on third-and-4 and his 2-yard run extended it to 21-3 in the closing minutes of the first half. Lamar had 116 yards on his first six rushes.

Rawlings was 11-of-14 passing for 137 yards for Yale (4-2, 2-1 Ivy League) before leaving in the third quarter due to an injury. He was on the sideline in the fourth with a walking boot on his right foot. Backup Jimmy Check completed 5 of 8 for 59 yards.

Ryan Glover passed for 274 yards for Penn (4-2, 1-2), which had its five-game home winning streak snapped. His 9-yard connection with Steve Farrell in the corner of the end zone pulled Penn within 21-10 late in the third quarter.

Farrell had catch-and-run of 87 yards with just over three minutes remaining, but Penn went four-and-out in the red zone.