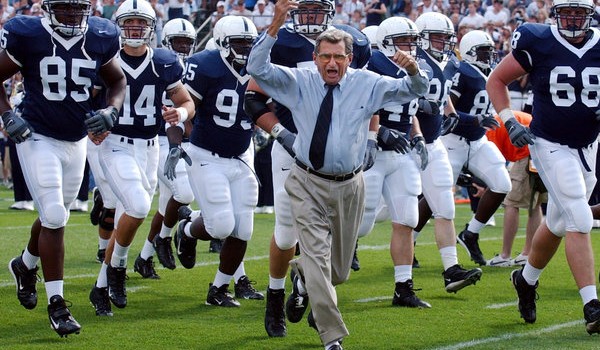 The aftermath of the Jerry Sandusky scandal keeps getting more curious with each passing day.

The cost of the legal battle that restored Joe Paterno’s status as the winningest coach in major college football, with 409 total wins, didn’t come cheap.

“It was a complicated case with much of the discovery etc. taking place out of state so the costs added up,” Kocher said.

The lawsuit, which was resolved through an out-of-court agreement, initially sought to keep the $60 million fine Penn State was required to pay to assist victims of child sexual abuse in Pennsylvania.

It turned into a broader battle over the validity of all the sanctions that the NCAA imposed over Penn State’s handling of the Jerry Sandusky child sex abuse crimes based on the Freeh report findings.

Both Corman and Treasury are expected to pass those bills on to Penn State, which spokeswoman Lisa Powers said university has agreed to pay.

Corman’s office has been assured those bills would be paid with non-tuition dollars, Kocher said.

In addition to restoring the victories for Paterno to give him 409 wins as well as one more victory that came in the post-Paterno era in 2011, the two-year court fight also removed the probationary period imposed on Penn State, the unprecedented scholarship and transfer rules, and achieved the initial goal of ensuring the $60 million fine was spent on child protection programs in Pennsylvania.