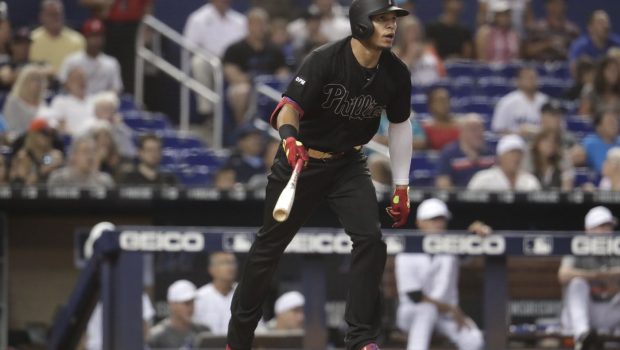 Phillies second baseman Cesar Hernandez acknowledged he should have run harder on his drive to the opposite field.

”It was a mistake,” he said. ”You watched the game, you saw what happened. I was thankful to Rhys that he was able to pick me up.”

Hernandez’s hustle has been an issue before. This time he heard from several teammates in the dugout about the transgression, but Kapler didn’t remove him from the game.

”It was addressed on the bench; I had a conversation with Cesar after the game,” Kapler said. ”He understands it’s unacceptable. There’s no excuse for it. We have some strong, veteran leaders in the clubhouse who’ll address it as well.”