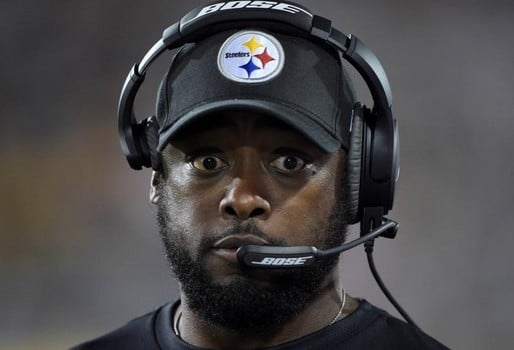 WTF, PATRIOTS! CAN WE CALL THIS HEADSETGATE?

It is no wonder that the New England Patriots are considered cheaters by the rest of the NFL!

There, the Pats have seemingly done it again!

Pittsburgh Steelers coaches were upset that their coach-to-coach headsets picked up the Patriots’ radio broadcast for the majority of the first half of Thursday night’s game, which New England went on to win 28-21.

When pressed after the game, an unhappy Mike Tomlin said headset issues have occurred repeatedly in New England.

“That’s always the case. Yes. I said what I said,” Tomlin said.

Blake Jones, NFL director of football operations, went down to the field to help with the headsets. The league described the reception problem as “intermittent.”

When asked if he got a satisfactory resolution, Tomlin said: “Eventually.” Tomlin is a member of the league’s competition committee.

Because it was not a complete system failure, New England’s coaches were not required to shut down their headsets during the repairs. However, the Patriots said they experienced issues as well.

“We had a lot of problems,” Bill Belichick said. “We had to switch headphones a couple of times. The communication system wasn’t very good. We deal with that, it seems, weekly.

“They told us they were on the verge of shutting it off, but then I guess they got it working. I don’t know, but it was a problem the whole game. We almost had to switch helmets with [Tom] Brady there at the end. Couldn’t get the plays in to him. It was a problem all night.”