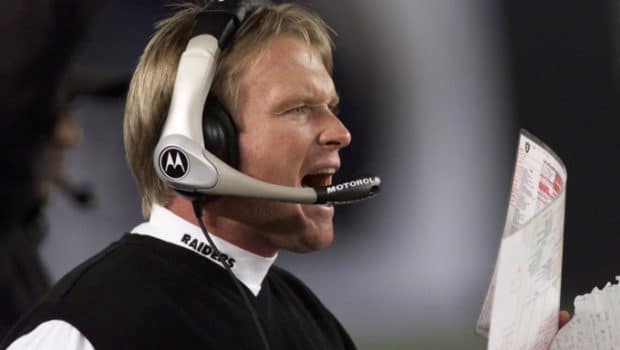 The Oakland Raiders are giving Jon Gruden a 10-year, $100 million deal and expect to introduce Gruden as the team’s new head coach on Tuesday, USA Today is reporting.

Gruden, an ESPN analyst who was the Eagles’ offensive coordinator from 1996-98 and coached the Raiders from 1998 to 2001,returns to Oakland to replace Jack Del Rio, who was fired after the team’s final game of the 2017 season.

Gruden said earlier this week there was a “good chance” he would take the Raiders job if offered. Gruden’s $100 million deal with the Raiders will be guaranteed but does not include an ownership stake in the team.