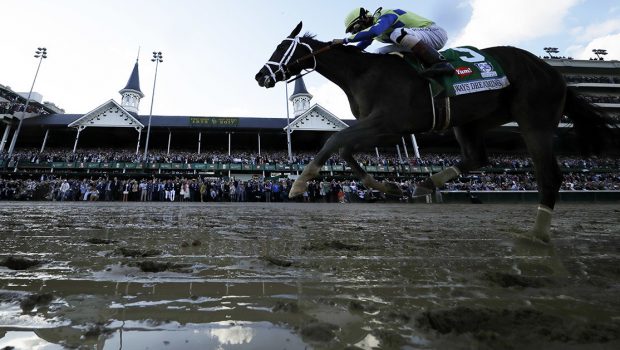 WTF! GARDEN STATE (CLOSED IN 2001) IN LINE FOR SPORTS BETTING!

Legislation Gov. Phil Murphy signed into law last week to allow sports betting in New Jersey includes a provision for a sports book at the site of a former racetrack in Cherry Hill where there are no plans to ever host horse racing again.

Most traces of the former track at what’s now Towne Place at Garden State Park, a high-end commercial and residential development, have been obliterated, except for the entrance gate at the intersection of Route 70 and Garden State Boulevard.

In 2011, New Jersey voters approved sports betting at the sites of current and “former“ horse racing tracks and casinos, but the definition of a former racetrack was not taken up until the Legislature passed a bill to implement the voters’ will.

The first attempt to enact a law to legalize sports betting in New Jersey, which was signed by then-Gov. Chris Christie in January 2012, was overturned in federal court. That law defined eligible sites for sports betting as simply casinos and “any former racetrack.“

In 2014, Phil Norcross, the brother of George Norcross, helped draft language for a new law to repeal the sports betting ban, according to a source with knowledge of the negotiations. The language would allow the site of the former Garden State Park Racetrack in Cherry Hill, which closed in 2001, to host sports betting: