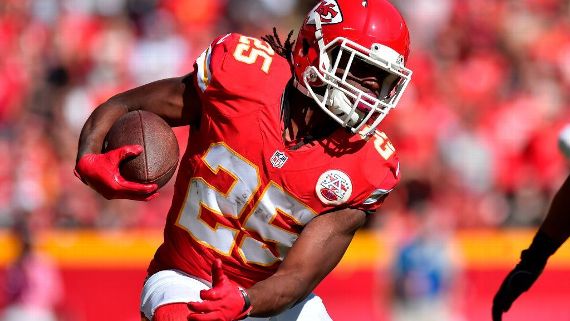 WTF! WHY WOULD EAGLES SIGN JAMAAL CHARLES, WHO HAS TORN BOTH HIS ACL’S!

Charles’ recent injury history has to be considered. He tore his right ACL in 2015 and missed the majority of this past season as well after undergoing surgery for a meniscus tear. He also tore his left ACL in 2011.

When healthy, Charles has been dynamite. He has rushed for over 1,000 yards five times since being drafted in the third round by the Chiefs in 2008, averaging an eye-popping 5.5 yards per carry along the way with 43 touchdowns. He is also a receiving threat out of the backfield, catching 70 balls for close to 700 yards with seven touchdowns in Andy Reid’s first year with the Chiefs (2013):