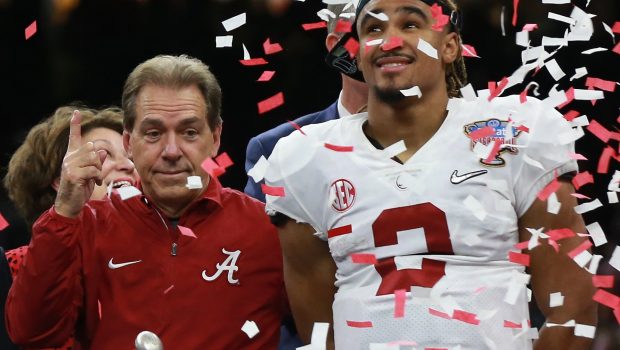 These are the easy days for the completely reconstructed Eagles.

There’s a new coach who has brought in a new 30-something staff with a new look that should be a relief for Eagles fans used to failure on a boring scale.

And quarterback Jalen Hurts has joined in.

He says he is “not above” a competition when asked whether he feels the coaching staff has committed to him as starter.

And that’s the politically correct thing to say.

Coach Nick Sirianni has not publicly named Hurts QB1, citing the importance of creating competition at every position.

“I value everything that coach has brought here,” Hurts said yesterday. “I remember back in my days at Alabama, Coach [Nick] Saban, hearing him talk about discipline, commitment, effort, toughness and pride, having these core values that he is trying to instill in the team. In the end, it all worked out for the team.

“You see Coach Nick Sirianni coming in preaching connection, accountability, competition, fundamentals and football IQ, preaching all these things. I know in all those different avenues, all those different values and principles that we’re trying to instill here in Philly, no one is above that and everybody has to go to work. So for me, I know rent is due every day. It’s always been that way for me … and when that rent is due, I don’t plan on missing no payments.”