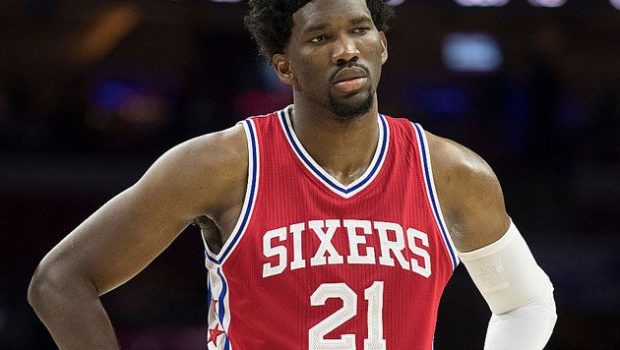 WTF! BLOWHARD ESKIN MAY BE RIGHT ON SIXER EMBIID’S CONTRACT!

Normally we would report this with a big:

But in this case what radio blowhard Howard Eskin reported yesterday actually makes some sense.

94WIP’s Eskin reported that Sixer Joel Embiid’s agent is seeking a new deal for his client before he resumes playing basketball:

“Here is breaking news,” Eskin said on the 94WIP Midday Show. “I understand — and I was gonna sit on this and wait on it, but since you asked me the question I will answer it. He’s not ready for five-on-five play, according to the Sixers. But what I understand is, his agent wants a new contract before he — remember he’s eligible to get a new deal. Now, if you’re the Sixers you can’t give him a max deal until you see that he can play, how many games he can play during the season.

“But my understanding, part of the reason that they’re saying — whoever it is that is saying that he’s not ready for five-on-five play, is because — and Joel Embiid, I don’t think worries about the money, but they listen to their agents. And the agent wants a new contract.”

The 7-2 Embiid has played just 31 games in three seasons, dealing with multiple injuries. A max deal for Embiid would cost the Sixers approximately $25 million per season.

“Look, I’d just say we want Joel to be on the team for a long time,” Sixers owner Joshua Harris said via ESPN.com. “We want us all to grow old together. That’s the way I would put it.”