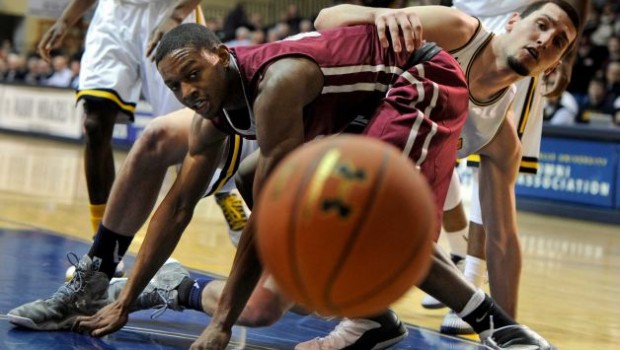 They’re not Villanova with aspirations to play in the Final Four in April.

And they’re not Temple, which is on the bubble for a March Madness bid.

But LaSalle is fashioning a nice season and last night’s victory over a Big Five rival is an example.

Jerrell Wright scored 19 points and grabbed 10 rebounds and LaSalle surged in the second half to beat Saint Joseph’s 53-48.

La Salle led 10-9 on a jumper by Khalid Lewis, but Saint Joseph’s ripped an 18-2 run featuring two 3s by DeAndre Bembry and led 27-18 at halftime. Isaiah Miles scored 10 for the Hawks and the Explorers shot just 25 percent from the field.

Roberts hit back-to-back 3-pointers amid a 12-3 La Salle run, then Zack’s tip-in put the Explorers up 45-43 with 5:09 left in the second half. The lead flip-flopped, then Wright hit a jumper to spark La Salle’s final 8-2 run.