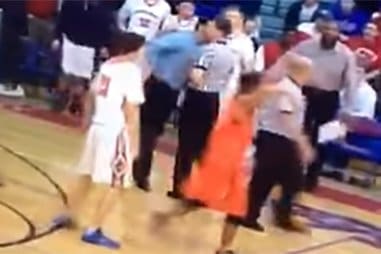 In Monday night’s boys basketball game between Pennsbury and Neshaminy, which Pennsbury won 49-42, head coach Jerry Devine of Neshaminy head-butted a referee, causing him to fall over. A Neshaminy player was called for a charge after going in for a layup that could have made it a 3-point game, at which point Devine lost his cool.

Check out the cell-phone video: