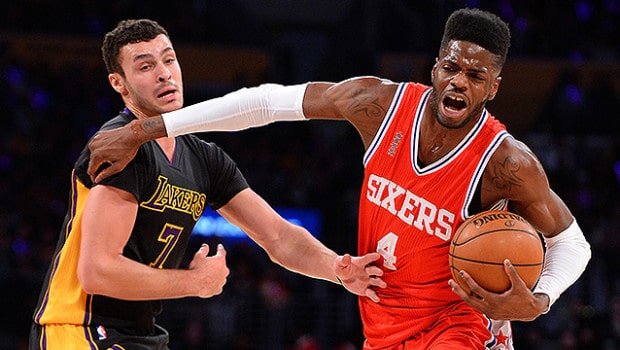 There are concerns that the new regime headed by Bryan Colangelo might act rashly, making the Sixers better in the short term but not good enough to be a real championship contender. Time will tell.

The talent on the roster is still a big question mark, too. Nerlens Noel (above) and Jahlil Okafor are talented but don’t fit together. Joel Embiid’s health status is a mystery until he proves he can play, and former lottery pick Dario Saric has yet to come over to the league.

But with the Sixers homing in on either Ben Simmons or Brandon Ingram as this year’s No. 1 draft pick and willing to spend money this summer, they should be dramatically improved the next few years.