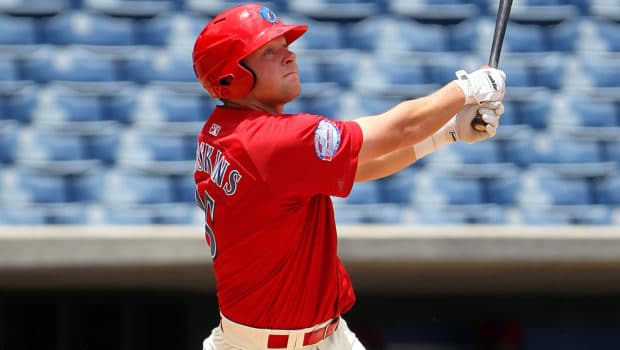 WOW! PHILLIES’ DOUBLE-TALK ON WHY HOSKINS CAN’T BE BROUGHT UP!

So, the Phillies are dead in the water and can’t hit a lick.

So, why don’t they bring up one of their great minor league prospects, such as Rhys Hoskins, who’s running up great numbers in Lehigh Valley?

Listen to Phillies manager Pete Mackanin, as quoted in the Inky:

“To bring Rhys up here just to play part-time doesn’t make sense to me,” Mackanin said. “If he could play another position, if either one of them could, it would make it easier for me to do. But I don’t think it would help either guy or us to find out about Rhys Hoskins if he is not playing on a regular basis.”