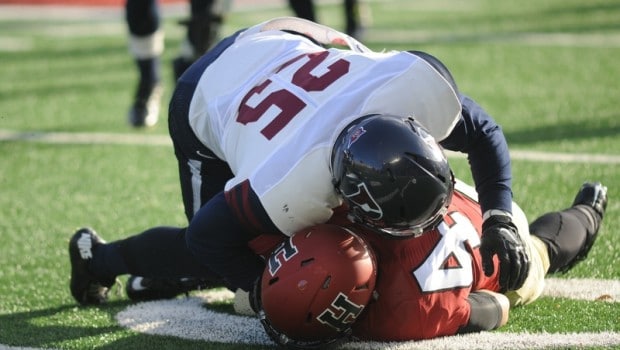 WOW! IVY LEAGUE IS TAKING THE TACKLING OUT OF PRACTICE

The Ivy League is taking a step to protect the health of its football players, and by so doing is opening itself up to criticism that it is wrecking the sport.

Ivy League coaches unanimously approved a rule change that will eliminate tackling in practices during the season, according to the New York Times.

The move, one of the most extreme to limit a football players’ chances of brain injury, was approved by all eight coaches in the Ivy League last week.

Ivy League spokesperson Scottie Rodgers said that such a rule change would not be finalized until athletics directors, policy committee members and the school presidents meet separately. Those meetings will likely take place in May and June.