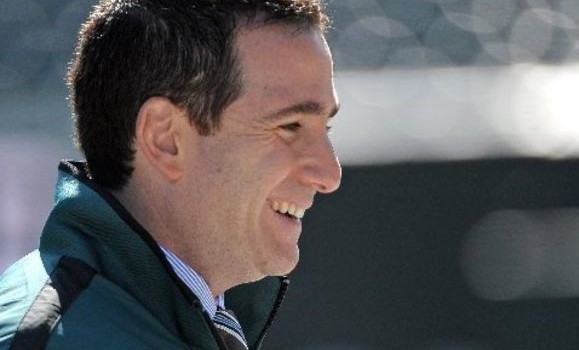 Here’s what NFL.com is saying:

He couldn’t have played this any better, starting with his pre-free agency plan to lock up prime players Lane Johnson, Zach Ertz, Vinny Curry and Malcolm Jenkins to below-market deals. Having solidified his nucleus, Roseman jettisoned ex-coach Chip Kelly’s mistakes, moving up in the first and fourth rounds of the draft by finding takers for DeMarco Murray, Byron Maxwell and Kiko Alonso.

Franchise quarterback is the most precious commodity in the NFL. With no avenue to secure one on the open market, Roseman re-signed Sam Bradford for upside, adding high-end backup Chase Daniel as premium insurance. It’s a creative approach to a quarterback problem faced by a handful of teams every offseason. Not done yet, Roseman picked up the underrated duo of Rodney McLeod and Leodis McKelvin for the secondary while adding Jim Schwartz-favorite Nigel Bradham at linebacker. How could Roseman have played the market any better?