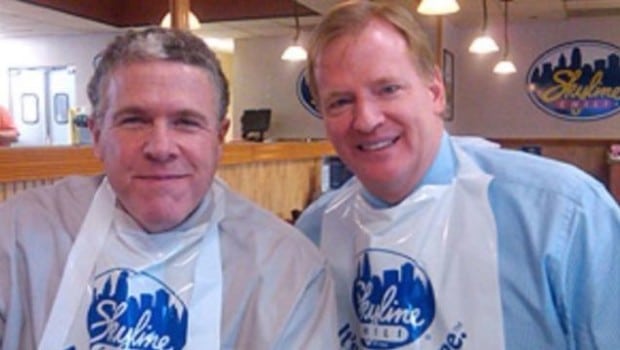 I’m troubled by the anthem issue that threatens to be a black cloud over the NFL for the second straight year. It’s the kind of problem that needs to go away, but commissioner Roger Goodell cannot make it. For the highest-paid commissioner in American sports history, Goodell has done an awful job handling this headache. Strong commissioners build bridges in times like this. Strong commissioners solve problems. Maybe a solution will appear out of the current secret negotiations with the players. I do hear there has been good-faith progress between the players’ side and league/ownership officials in these talks. But will there be a solution that features all players standing for the anthem at every game this year? I doubt it.

I was told by one source this weekend that the two sides have had amicable discussions, and that progress has been made, but that no solution is very close, and the source doubts there will ever be a solution that includes all players standing at attention for the anthem, as the NBA has. Which means the NFL will continue to have an anthem problem.

A commissioner must be a diplomat, and a strong leader. But this commissioner has allowed President Donald Trump to whip up fervor against the players Goodell claims to be solidly behind. He’s looked weak, choosing to ignore the constant and insipid presidential flaying of the league and the players. I don’t claim he should sink to Trump’s level and respond to every tweet, but a policy of constantly ignoring the president doesn’t work either.