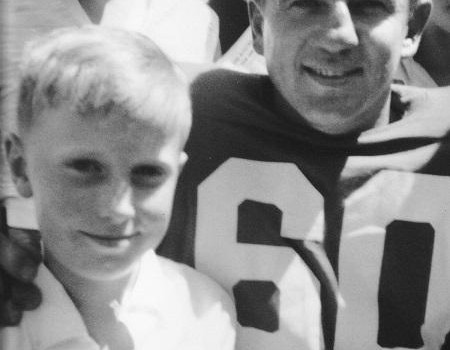 LIKE JAY WRIGHT, RAY DIDINGER RETIRES WITH TEARS: CHEERS TO BOTH!

I have known Ray Didinger since we were cutting our teeth in journalism at the late, great Bulletin in the late 1960s.

He was a great writer and reporter at 23, the youngest to ever cover the Eagles for a major paper in this tough town (that’s him as a kid with Eagles legend Chuck Bednarik at training camp.).

He has won so many awards that we have lost count (and he would never try, so understated is his personality), and he is a member of the Pro Football Hall of Fame.

He announced his retirement today on WIP.

We still have until May 29 to listen to his wisdom.

Cheers to Ray and to Nova’s Jay Wright — two guys who have redefined greatness in this greatest of American sports towns.

Ray Didinger fights back tears as he announces his retirement: "I just want all of you to know how much I appreciate your friendship and support. It means more to mean than words can ever express." pic.twitter.com/ekNfPyb8cf