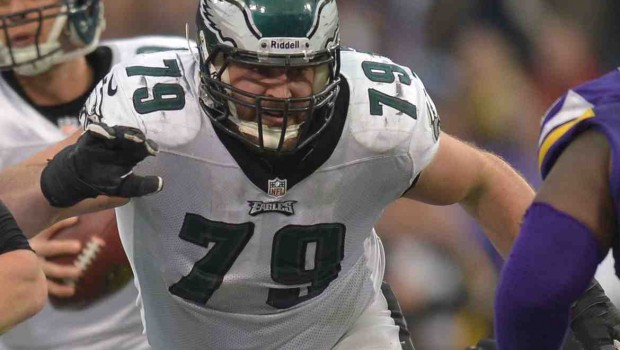 WOW! EVEN EAGLES HE DITCHED STICK UP FOR CHIP

“Nobody’s above getting cut,” said Herremans, who was.

And, thanks to Philly mag, we give you the surprisingly positive things they all said about Chip Kelly:

“I figured something was gonna happen. He was gonna get a lot of money this year, and it’s tough for any program to pay any running back that much money. But I think LeSean deserves it. He made his money, and he’s up in Buffalo and going to make a good chunk this year and the next couple years. So I’m happy for him. It didn’t really surprise me just kind of the way Chip is. He’s not scared to let anybody go. That could go as both a message to the public and to the locker room. Nobody’s above getting cut.

“I knew there was going to be a few things happening this offseason. I didn’t expect myself to be one of them. But then after that happened, I was just like, ‘Wow. Shit might hit the fan this offseason.’ He’s just trying to clean house. I understand every move that he made. I like the additions that he made. I think the Eagles are gonna be in good shape this year. I know a lot of people are questioning it, but I think they’re gonna be competitive. I think the biggest shock was the [Nick] Foles trade for [Sam] Bradford. I just didn’t really see that happening. I thought maybe drafting [a QB] or sticking with Nick again, but that made me raise my eyebrow a little bit. But he’s a man with a plan. Whether anybody understands it or not, he’s gonna carry out his plan.”

Connor Barwin: “As a player that’s been around for a little bit of time, you know that this happens every year. Obviously, you have personal relationships with those guys and will miss those guys. You feel like it’s unfortunate sometimes. But that’s the nature of the game. And then you’re happy for them sometimes. They’re gonna have another opportunity somewhere else to do well. Speaking of the guys that left here, I think a bunch of them made a bunch of money going somewhere else too, so it worked out pretty good for some of them.

“As a defensive player, you have to be happy. Those guys are proven in this league, and hopefully they can bring what they’ve done in other places to Philly and hopefully be even better in our system.

Trent Cole: “Chip has a plan. He has this big master plan, and we’re not in it. And there’s nothing wrong with that. Chip wants to bring in his guys. He wants to bring his guys in there, and that’s how he wants to do things. There’s nothing wrong with change. …Chip’s come in, new coach, starting fresh and new. He’s the coach. They put him there. They paid him to be the coach. And he’s gonna coach, and he’s gonna do what he’s gotta do. You have to respect the man for that. He wants to do what he wants to do. We’re moving on.”

Jeremy Maclin: “I still believe in Chip. I think Chip’s gonna do great things here. I have the utmost respect for him. Unfortunately, we couldn’t get anything worked out, but at the end of the day, I’m very excited about playing for Kansas City and playing for Big Red.

“He’s won 20 games in two years. He took over a team, we were in a tough situation going through a lot of tough things. And he’s had success so far. I think he’s gonna be able to win here. On the back-burner, I’ll be a Philly fan, so I hope they win here.”

Jason Kelce: “Obviously surprised as much as anybody else was. But that’s part of the nature of the business. Everyone I think knew there was a chance we were going to lose Mac in free agency. That’s the way free agency goes, unfortunately. And then the trades, I think Chip and the front office have shown they’re going to try to do anything they can to try to improve the team, improve the salary cap number and everything like that. I guess that’s just the nature of the business. This is the first time I’m kind of really seeing it this much in one offseason.