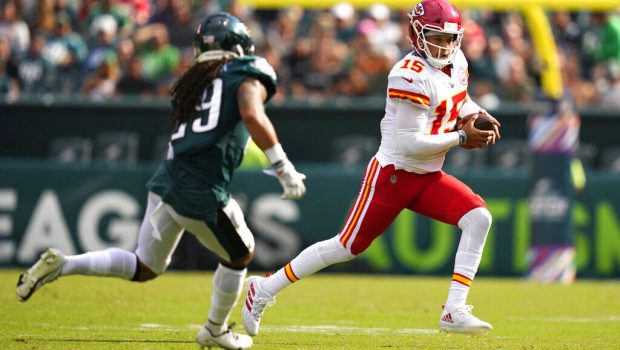 The grades are starting to come in on the Eagles performance yesterday vs. the Chiefs,

Most all the experts have given the Birds a D, E or F.

But CBSSports.com’s John Breech begs to differ, handing out a C-minus:

Philadelphia was able to move the ball against Kansas City, not even punting in the game.

The Eagles finished with 461 yards and scored 30 points (seven of which in garbage time) behind an offensive line missing four of five starters.

What doomed the Eagles were failed opportunities in the red zone (three times converted field goals), the nine penalties, and rushing for only 103 yards against one of the league’s worst run defenses.

The Eagles finally got a takeaway on defense, yet could only muster three points off a Mahomes interception.

They can’t stop a good offensive team, which is a major problem going forward.