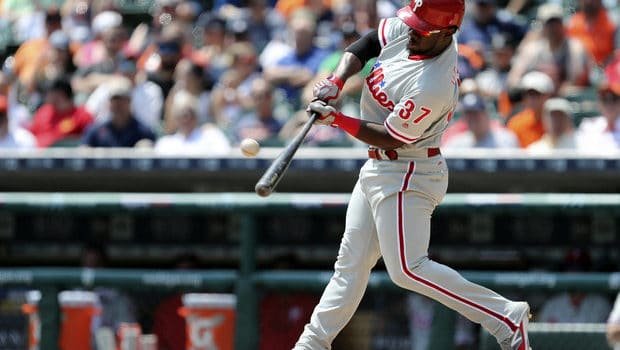 Mickey Mantle’s 1962 season is the last time a center fielder had a season—in all three categories—like Odubel Herrera is having now. While other center fielders have had seasons with better than a .320 average or .440 on-base percentage or .460 slugging average, no one has done all three since Mantle posted three separate campaigns with those numbers. If we look at all outfielders, only Nationals MVP Bryce Harper has had a year like it since Barry Bonds retired.