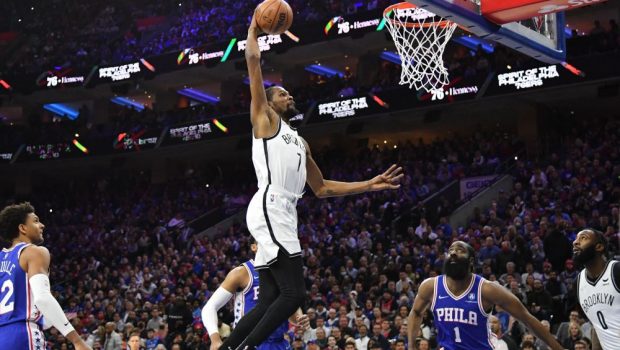 The NBA’s free agency has begun, and we are in the silly season already.

The Sixers’ side of this needs no explanation.

Durant, Harden and Embiid would be the most dangerous trio in the league, and Philly gets off Harris’ deal in the process of assembling a new superteam.

This is a steep price to pay, but the Sixers’ franchise cornerstone has made his thoughts clear about the possibility of playing with Durant. Jason Dumas of Bleacher Report cited that Embiid informed the front office he wants them to try everything in their power to get a deal done.