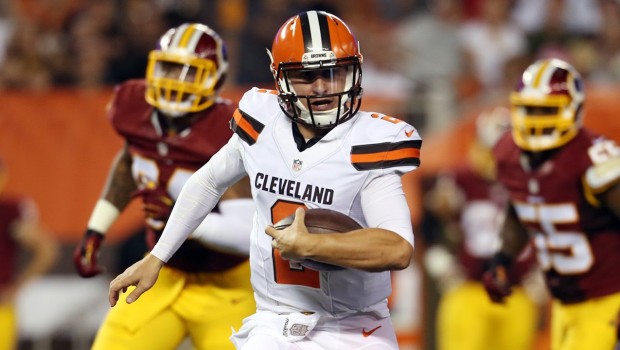 No matter how badly he plays, Johnny Manziel keeps the media busy with speculation.

Sort of like another NFL no-hoper QB — Tim Tebow!

Would the Cowboys, Rams or Eagles or consider parting with a conditional third- or fourth-round choice for Manziel? All three teams could have the run-oriented philosophies to support a young quarterback.

Jerry Jones’ affinity for Manziel is no secret. The Cowboys could use their own first-round choice to address another position while adding Manziel as badly needed young depth behind Tony Romo. Pitting the Cowboys against even imaginary interest from the division-rival Eagles could drive up the price for Manziel.

The Rams, armed with an additional 2016 second-round choice, cannot realistically move forward with Nick Foles and Case Keenum as their sole options.

The Eagles lost their second-round choice in the Sam Bradford trade, but they have an additional third-rounder. Bradford is unsigned past this season. Manziel was recruited by Chip Kelly at Oregon.