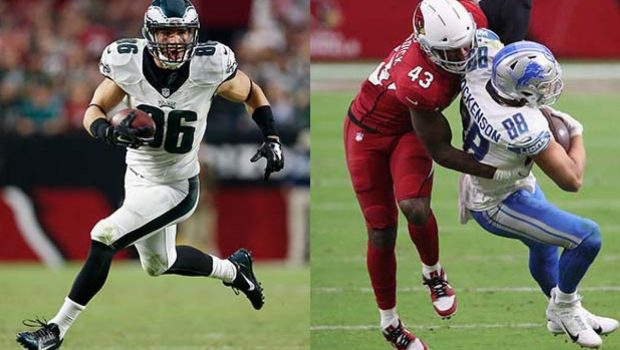 The Eagles and their star tight end appear to be heading toward a messy breakup. Ertz has publicly suggested the team doesn’t seem interested in signing him to an extension. With the top of the tight end market finally moving after George Kittle and Travis Kelce signed extensions over the summer, Ertz might rightfully look at his $6.7 million base salary in 2020 and expect more. Ertz, who will turn 30 in November, has $8.3 million coming due in 2021, which is the final year of his deal.

General manager Howie Roseman and the Philadelphia front office have a well-earned reputation for creative cap management, but 2021 looks tough. The Eagles are currently $68.4 million over their projected cap number for 2021, and while they can create cap room by renegotiating with players such as Carson Wentz and Fletcher Cox, they’re going to have to make some tough decisions. Cutting Alshon Jeffery, Marquise Goodwin and DeSean Jackson would free up $17.4 million, and moving on from Ertz next year would free up an additional $4.2 million.

The Eagles wouldn’t be in line for a compensatory pick if they cut Ertz, so instead, they get a third-round pick in the 2022 draft. They also get Reddick, a former first-round pick who hasn’t panned out and is only playing half of the defensive snaps because the Cardinals don’t trust 2020 top-10 pick Isaiah Simmons. The Eagles are desperate for athletes at linebacker and might want to see if they can get more out of Reddick than the Cardinals have.

Ertz is a beloved member of a Super Bowl-winning team, and trading him in the middle of a divisional race could backfire, but I’m not sure he is going to be in Philly much longer either way.