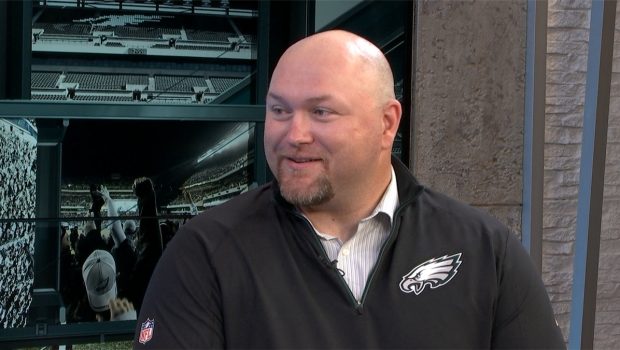 WOULD EAGLES JOE DOUGLAS WANT TO BE GM OF LAUGHINGSTOCK JETS?

The Jets have sent out requests for interviews in advance of their GM search:

Both men have links to Jets head coach and interim GM Adam Gase.

Douglas has been viewed as the Jets’ favorite if he’s willing to leave his cushy spot with the Eagles, one of the best front offices in the NFL.

Douglas is close with Gase and worked with the coach when he was offensive coordinator with the Chicago Bears in 2015. Douglas spent the 2015 season as the director of college scouting for the Bears after working in the Baltimore Ravens’ personnel department for 16 years (2000-15). He was hired by the Eagles in 2016.

Kelly also worked with Gase in two stops: Denver and Chicago. Kelly spent eight seasons with the Denver Broncos (2007-14), including the last five as assistant director of pro personnel. Gase’s tenure in Denver lasted from 2009-2014. Both men moved to the Bears in 2015.

Earlier this week Gase noted that the new general manager would “have final say on personnel matters” and that owner Christopher Johnson would have final call on the hire.

Gase also refuted that the Jets next GM would be a ‘yes man’ who would acquiesce to the coach’s desires.

If either Douglas or Kelly land the job, they might not be ‘yes men,’ but they will at least have a prior relationship with the man who currently holds the keys to the job.