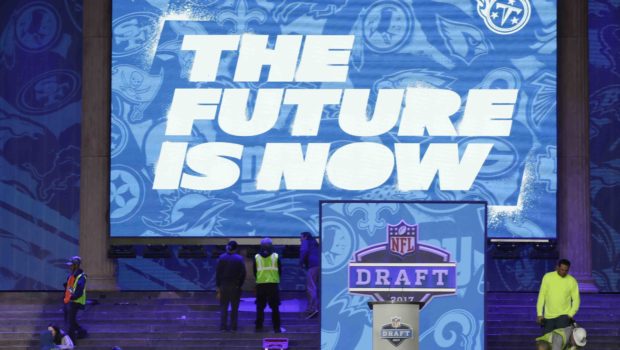 HOW IN THE WORLD DID THE NFL MAKE ITS ANNUAL DRAFT MUST-SEE TV? BECAUSE IT IS MOST DEFINITELY NOT!

The NFL’s annual selection show, which begins tonight with coverage on ESPN and the NFL Network, is nothing but a series of phone calls between franchises, agents and players, artfully packaged and bedazzled into several days’ worth of television theater.

When ESPN first proposed televising the draft decades ago, the NFL was like: Huh? Why would anyone watch that? And yet the network had a vision which became both a business success and a cultural phenomenon, to the point there are months of Oscar-like buildup, satellite shows (the best: “Jon Gruden’s QB Camp,” in which the blue-eyed ex-NFL coach simply sits across a desk and piercingly stares at prospects) and the league schleps it on the road from New York to Chicago to Philly.