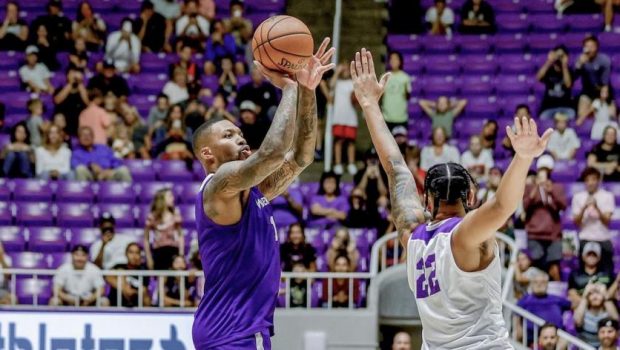 In case you are wondering why the Sixers and a lot of other teams covet Damian Lillard if he ever becomes available, check this out:

Even though he had a lingering abdomen strain, he scored 41 points in 40 minutes during the Weber State Alumni classic on Aug. 21, including 11 made 3-pointers.

Dame played through an abdominal injury during the Olympics, according to Shams Charania, but his participation in the Weber State event confirms that it wasn’t serious.

He wasn’t very effective during the Olympics, but the fact that he played hurt is a reminder of just how durable he’s been throughout his career — he’s never missed more than nine games in an NBA season.

According to teammate C.J. McCollum, Lillard is “all in” with the Blazers after a bumpy start to the offseason, and he recently told fans that he’s “not leaving [Portland], not right now at least.”