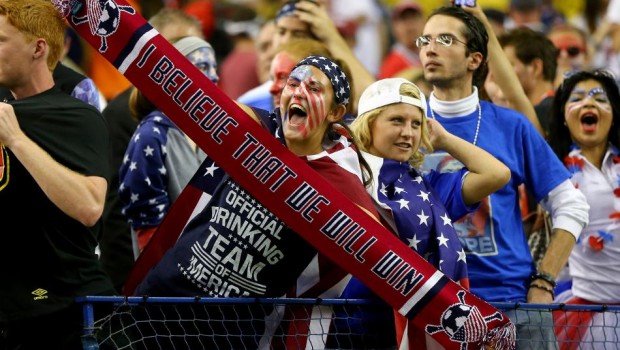 HOW THESE WOMEN HAVE ERASED THE MEMORY OF FIFA SCANDALS

The Women’s World Cup has been so riveting and so popular that it’s hard to remember that about a month ago we were awash in stories about FIFA scandals.

It has been bizarre to watch the world embrace this event and these athletes with such seriousness and purpose, and then realize that the organizers of the tournament treat them like second-class citizens. The evidence keeps stacking up.

The artificial turf that USA’s Megan Rapinoe — who is instantly the most exciting player on the field — called “bullshit,” turf that they’d never require the men to play on.

There’s the fact that the two teams playing in the semifinal of the World Cup were actually forced to share a hotel the night before the game. (German coach Silvia Neid was understandably grousing about this, pointing out that the American fans were actually keeping some of her players awake at night.)

And then, Tuesday, in the main game preview on the front page of FIFA’s website for, again, the semifinal of the World’s Cup, the second sentence of the piece described Morgan as “a talented goal scorer with a style that is very easy on the eye and good looks to match, she is nothing short of a media phenomenon.”

This is like NFL.com previewing the Super Bowl with a discussion of Tom Brady’s hair. Remember, this is an organization run by a man who once argued the women’s athletes should wear “tighter shorts” to promote their game.

It’s all a reminder not only that Sepp Blatter is still in fact in charge — he is, lest we forget — but that FIFA is still FIFA. (Blatter’s not even going to tonight’s final.)

But the USWNT is one game away from its first World Cup championship since the famous ’99ers.

It’s a team that is primed to do it, playing its best soccer right now, with just the right mix of veterans and youngsters, attack and defense, tactics and execution. This team is peaking, at the pinnacle of its sport, with a perfect opportunity tonight to capture American attention right in prime time.

The players have the support. (The ratings on Tuesday night were once again a record high.) They have the talent. They have the opportunity. When Carli Lloyd scored her goal, more than 50,000 people at Olympic Stadium roared, and millions more screamed at home, or at a bar, or in a public square. This is noise that ultimately will be impossible to ignore.