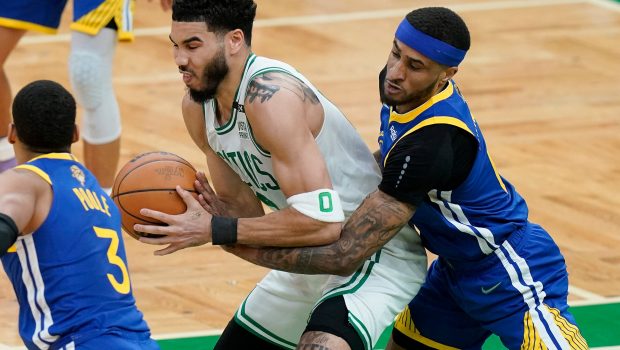 WOEFUL JAYSON TATUM TURNED IT OVER 100 TIMES AGAINST DUBS!

In the biggest game of his career to this point, Tatum delivered a dreadful performance and set the dubious honor of becoming the first player in NBA history to turn the ball over 100 times in a single postseason.

After averaging 27.0 points on 44.6% shooting in the Eastern Conference playoffs, Tatum struggled mightily against Golden State, averaging 21.5 points on 20.0 shot attempts while shooting 36.7%. It will likely be a long offseason for the superstar as he reflects on what went wrong in his first Finals appearance.