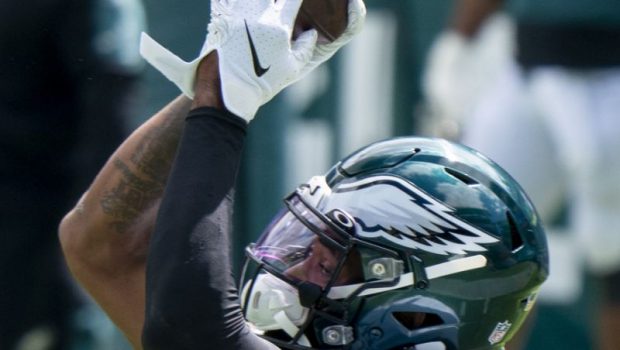 WOE ARE WE EAGLES BRINGING BACK CB MICHAEL JACQUET

The woe are we Eagles are banged up at cornerback and suffered another injury when Avonte Maddox went down with an injury and Trevor Williams was forced into action.

Maddox is expected to miss time and with Trevor Williams on the active roster, NBCSP is reporting that the Birds will sign cornerback Michael Jacquet to the practice squad.

Jacquet, 23, spent the reduced offseason and training camp with the Eagles and made an impression before being one of the final cuts.

Jacquet (6-1, 203) is a former wide receiver who flipped to the defensive side of the ball for his last two collegiate seasons at Louisiana-Lafayette in 2018 and 2019.

An undrafted free agent, the Eagles signed Jacquet to one of their bigger deals. The Eagles already had Craig James on IR before Maddox went down on Sunday.