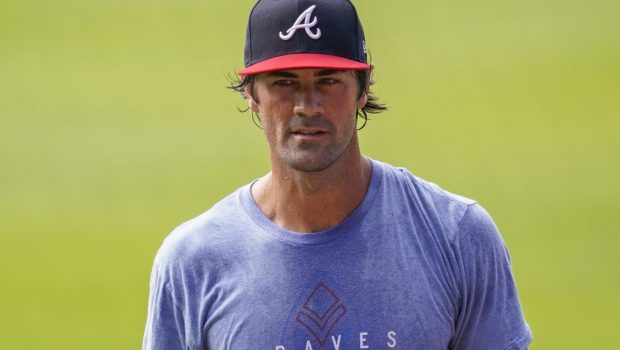 WITHOUT EX-PHIL HAMELS, BRAVES WON’T BE BEAST OF NL EAST!

Former Phils ace Cole Hamels is unlikely to be ready for the start of the season, according to Braves manager Brian Snitker.

Then he couldn’t make a side session last weekend because of triceps tendinitis.

The Braves signed Hamels over the winter to a one-year, $18 million deal. They signed Will Smith, one of the best left-handed relievers in baseball, to a three-year, $39 million deal. They signed Felix Hernandez to a one-year deal to be their No. 5 starter. They re-signed Nick Markakis to play right field. Hamels won’t be ready, Smith is on the COVID injured list, and Hernandez and Markakis opted out of the season.

Atlanta did attempt to sign Yasiel Puig to make up for the Markakis loss, but Puig has also reportedly tested positive for coronavirus and will not be signed by the Braves.

The absence of superstar Freddie Freeman would be the biggest blow to the Braves if he’s unable to play early in the season. Freeman dealt with a rough case of coronavirus and just joined his team for camp Friday.

The Phillies will face the Braves 10 times in 2020. Their first series is a four-game wraparound series from Aug. 7-10 in Philly. The Phils are in Atlanta for three games Aug. 21-23, then host the Braves the following weekend, Aug. 28-30.