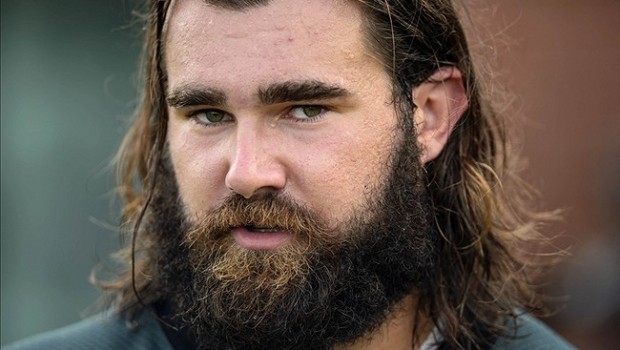 WITHOUT CLOWNEY, WATT IS TEXANS’ HOPE AGAINST THE EAGLES

Eagles’ Jason Kelce on Watt: “I don’t care if we have Jesus Christ himself on the field. We’re running our offense.”

The Eagles, who had been favored to beat the Texans today in Houston by 2 1/2 points at the start of the week, are now just a point and a half pick in Vegas.

And that takes into consideration the fact that first overall draft pick Jadeveon Clowney saw his first game action last Sunday since the explosive pass rusher underwent arthroscopic knee surgery after he was injured in Houston’s season opener. But he is battling knee soreness and is uncertain to play this week. That would leave defensive star J.J. Watt to continue his dominant play on his own.

But if Clowney is able to play, he helps give the Texans an added bonus.

“The thing about Jadeveon is that he impacts the game because he’s so explosive,” Texans general manager Rick Smith told USA TODAY Sports. “That’s one of the reasons why we drafted him where we drafted him. He does get after the quarterback. Once he gets completely healthy, that combination of he and J.J. Watt will give us a chance to play some good defense here for a while.”

Clowney played just 52% of the snaps in Houston’s win against the Tennessee Titans. But he got off the ball fast and proved a handful for rookie tackle Taylor Lewan — literally so when a frustrated Lewan grabbed Clowney by his dreadlocks at one point.

“You’re talking about a guy who has some real rare trait with a combination of speed, size, athleticism, explosiveness and instincts,” Smith said. “The guy has a knack for making plays when the game is on the line. That’s an indicator he understands football.

“It’s a nice combination that gives him a chance to be a good player for us.”

Here is the compelling in the Eagles at Texans:

Watt vs. the Eagles offensive line

At 5-2, the Eagles are trying to remain in the race for NFC home-field advantage as well as keep up with the NFC East-leading, Dallas Cowboys (6-2). The Texans view this as a potential tone setting game for their second half facing winnable games down the stretch againstJ. Tennessee, Jacksonville (twice) beginning with the Cleveland Browns after next week’s bye.

Who has the edge: Watt. Watt has been a freakish force even without a healthy Clowney. The relentless Watt has rung up seven sacks and a league-best 24 quarterback hits in addition to scoring three touchdowns. He takes his motivation where he can find it. Kelce’s remarks no doubt provide all the fuel Watt will need Sunday. And if Clowney is cleared to play after taking Wednesday off to recover from knee soreness, a banged-up Eagles line starting two inexperienced guards could be in trouble. Look for Watt and Clowney to flash their tag-team sack act in a game that would launch the Texans as a surprise contender. Nick Foles has thrown nine interceptions through seven games.