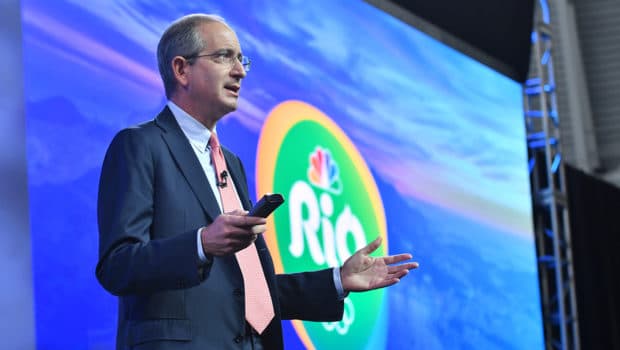 The formula the network pioneered decades ago is still in play, with delays in showing competition, an emphasis on heart-tugging human interest stories and commentators who observe more as cheerleaders than critical observers.

In Rio, though, there have been the kind of blunders one is unaccustomed to seeing on NBC. Gaffes have included (in no particular order) Chris Marlowe referring to the spouse of gay beach volleyball player Larissa Franca as her “husband”; Al Trautwig initially refusing to back down after calling Simone Biles’s parents her “adoptive parents; Dan Hicks calling the husband and coach of Hungarian swimmer Katinka Hosszu “the man responsible” for her success; commentators failing to acknowledge the boyfriend/fiance of Tom Daley when cameras showed him in the stands; and the Olympics’executive producer telling a critic to “move back east” when the critic complained about a three-hour delay for coverage on the West Coast.