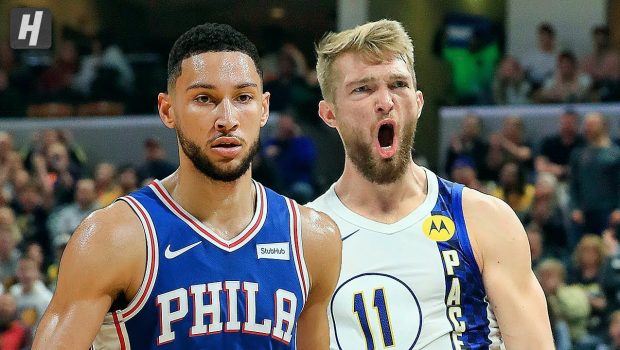 WITH NO JOJO, SIXERS CAN’T REGAIN MOJO IN INDY: 6 LOSSES IN LAST 9!

Domantas Sabonis scored 11 of his 23 points in the third quarter to push the Pacers over the visiting Sixers 115-97.

The 76ers couldn’t overcome a 36-point deficit, especially without injured center Joel Embiid. The two-time All-Star, who leads the team 23.7 points and 12.4 rebounds per game, was out with a sore left knee.

T.J. Warren had 21 points and Myles Turner added 14 for the Pacers, who ended a three-game losing streak in the series and improved to 22-12 overall.

Josh Richardson had 20 points and Ben Simmons had 18 points and 10 rebounds for the 76ers, who have lost three straight with a game remaining in a four-game trip. Philly dropped to 23-13, including losses in six of the last nine games.

“I think, in general, after coming out of Miami (a 117-116 loss in overtime) and losing two games prior to being here, that’s a disappointing performance,” 76ers coach Brett Brown said. “I do give Indiana credit as it relates to us missing shots. We certainly had people down. They were some of our better players. Just didn’t have the performances that they’re used to having and sometimes that happens.”

The Pacers used a big second quarter to put the game away, outscoring Philadelphia 38-16 in the period to take a 67-43 halftime lead.

Indiana guard Malcolm Brogdon returned to the starting lineup for the first time after missing the last three games with a sore left hamstring. He went to the bench in the first half with a sore lower back and didn’t return.

The two teams meet again in two weeks at Indianapolis with the final game in the four-game regular season series March 14 at Philadelphia.

“We played great basketball,” Pacers coach Nate McMillan said. “We established our defense, got stops and were able to get into transition. With 35 assists we were making their defense move and work. I just loved the tempo we established at the defensive end of the floor as well as the offensive end.”

Indiana led by 36 — it’s largest lead of the game — after another big run that came in the third quarter.

Sabonis made a 3-pointer and two other baskets in a 14-2 spurt. He capped off the string with a layup on an alley-oop pass from Jeremy Lamb to make it 87-51 with 6:29 remaining in the third.

COMPARING SIXERS EMBIID AND HARDEN’S OFFENSE TO SHAQ AND KOBE!