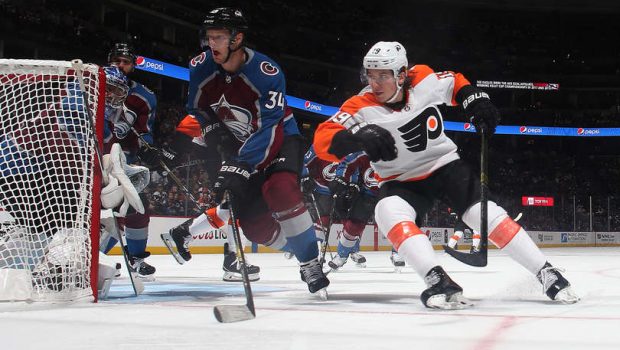 WITH JVR HURT, FLYERS NOLAN PATRICK HAS MOMENT IN THE SUN!

The 1-1 Flyers are home tomorrow night with the Sharks, and the status of returning hero James van Riemsdyk is an issue after he suffered a lower-body injury in the first period of the game in Colorado.

If he does, however, the team has the depth to work around his absence.

Second-year center Nolan Patrick has yet to get untracked offensively, either in the preseason or through the first two games of the regular season. However, he does not look all that far away from picking up where he left off in the second half of his rookie year. Getting him going in upcoming games would be a boon to the Flyers’ attack.