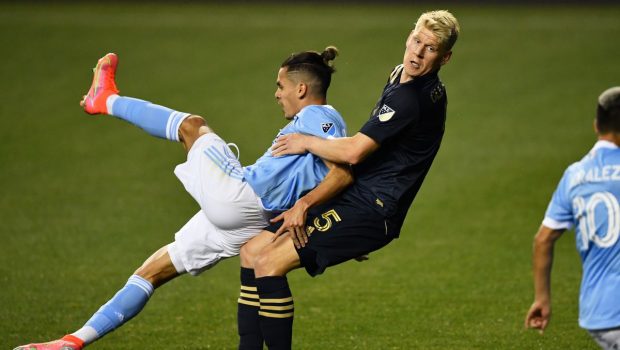 WITH JUST 1 GOAL IN 3 GAMES, UNION FALL TO NYCFC!

Jesús Medina and Valentín Castellanos each scored as visiting NYCFC beat the Union 2-0.

Medina first-timed a one-touch pass by Anton Tinnerholm into the net from point-blank range to open the scoring in the fifth minute.

The Union (0-2-1) played a man down after José Martínez was shown a straight red card in the 16th minute for violent conduct.

Gudmundur Thórarinsson played an arcing ball into the area and, after two failed clearance attempts by the Union, Castellanos rolled a left-footed shot into an empty net to make it 2-0 in the 65th minute.

Philadelphia, the winner of the 2020 Supporters Shield, has scored just one goal in three games this season.