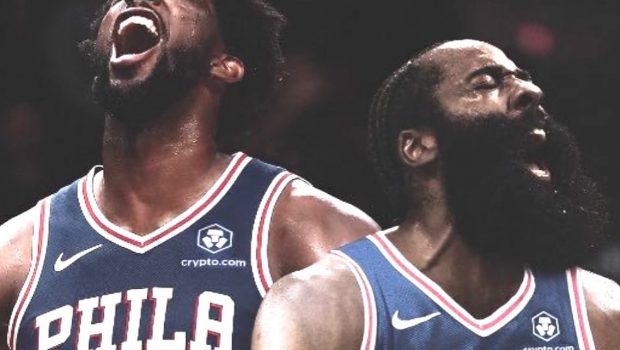 WITH HARDEN AND JOJO, VEGAS SAYS SIXERS ARE RISING IN THE EAST!

That obviously does not bode well for the rest of the league if James Harden and Joel Embiid find their form concurrently.

“I think we complement each other,” said Harden, who has yet to play with his new team due to a hamstring injury. “Obviously, the whole world knows how great Joel has been playing, not just scoring with the basketball, but rebounding. He had a triple-double last game. His presence alone is unbelievable.”

It would be unfair to say that the 76ers are dark horses at this stage of the season because there is far more skill now than their NBA Eastern Conference odds of +325 indicate.

The 76ers have found a way to close out games despite failing to find effectiveness in any of the three major NBA metrics: points scored (107.2, 21st in the league), assists (23.1, 23rd in the NBA) and rebounds (42.3, dead last in the league). If there is improvement here, the 76ers will certainly climb the oddsboard.

Odds as of February 17 at BetOnline Sportsbook