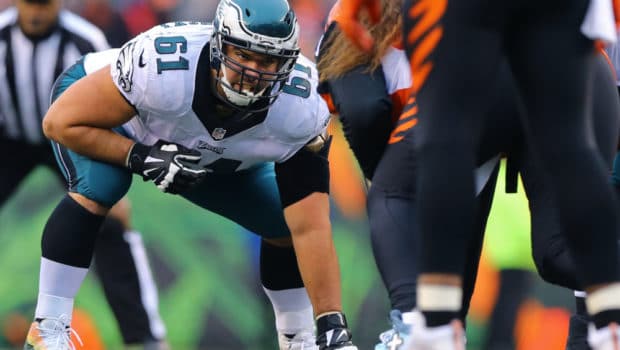 WHAT ABOUT THE WIS! EAGLES’ DINGED LG VITAL TO FOLES’ SUCCESS!

With all the sound and fury about Eagles quarterback Carson Wentz’s season-ending knee injury, little has been heard about left guard Stefan Wisniewski, who also got dinged against the Rams last Sunday.

He went down with an ankle injury and his replacements were woeful.

The left side of the line has been the problem side for the Eagles all season, but without Wisniewski, it’s a dumpster fire.

The Eagles already lost left tackle Jason Peters for the year — they need Wisniewski to be healthy and available going forward.

“Wiz is doing well,” coach Doug Pederson said yesterday. “We’ll monitor his activity today. He will be at practice and is still day-to-day but he should be fine for the game.”